ME-Series
ME20 is a semi-metallic compound developed for racing and rally. It is a step up initial bite and is more “straight-forward” with regards to brake power. Originally developed for BTCC Super Touring cars where you have high traction afforded by suspension set-up and tire compounds. The pedal feel and brake power is excellent and equal across the speed range with an easy modulation in all instances. With ME20 it is possible to perform very hard and late braking into corners. As with the friction and bite the ME20 is a step up in heat resistance compared to the ME22 and it has shown a very good stable brake performance at high disc temperatures over 650 °C. The wear characteristics of both pads and discs are low, and for cold weather and wet conditions it retains the same excellent resistance to water fade. 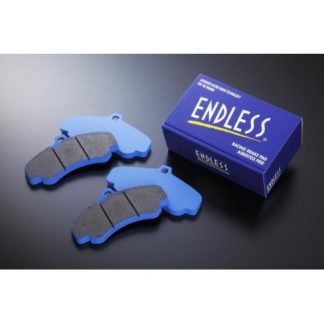